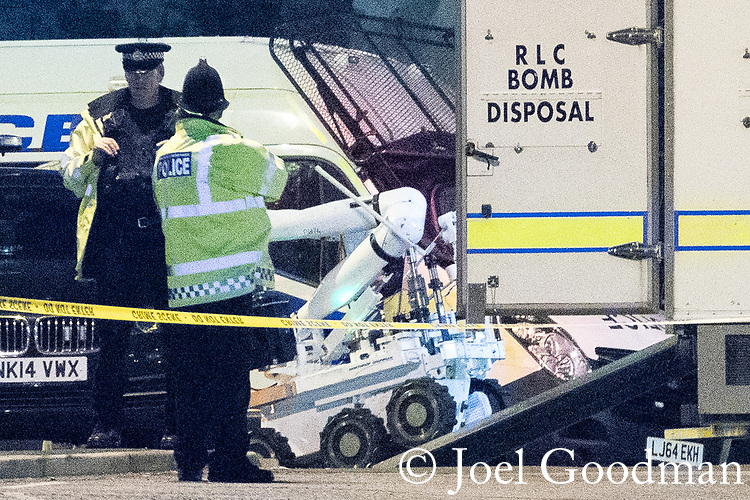 © Joel Goodman - 07973 332324 . 23/05/2017. Manchester, UK. The Royal Logistic Corps Bomb Disposal team deploy a bomb disposal robot outside the Manchester Arena . Police and other emergency services are seen near the Manchester Arena after reports of an explosion. Police have confirmed they are responding to an incident during an Ariana Grande concert at the venue. Photo credit : Joel Goodman
SEARCH RESULTS