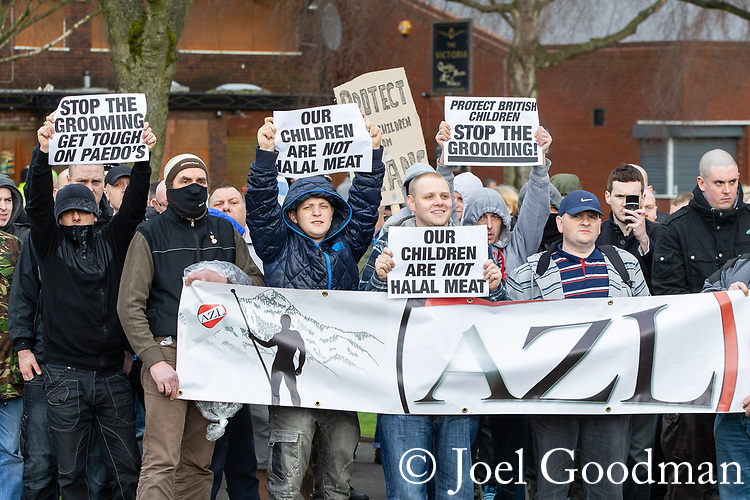 © Joel Goodman - 07973 332324 . 03/03/2012 . Heywood , UK . Protesters hold an " Anti Zionist League " banner and placards reading " Stop the grooming get touch on paedo's [sic]", " Our children are not halal meat " and " Protect british children stop the grooming " . The National Front hold a rally in protest against an alleged paedophile ring that had been operating in the area . There is currently (3rd March 2012) a case being tried at Liverpool Crown Court in relation to the allegations . Last Thursday (23rd February 2012) a protest organised in the town in relation to the same story resulted in Asian business being attacked by an angry mob . Photo credit : Joel Goodman
SEARCH RESULTS