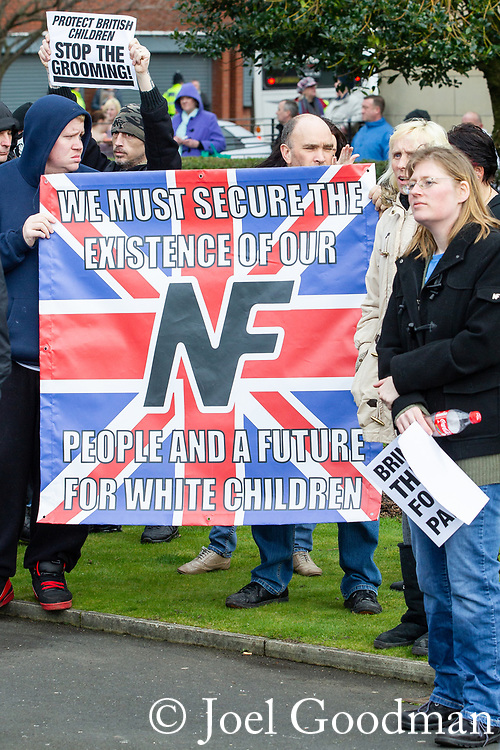 © Joel Goodman - 07973 332324 . 03/03/2012 . Heywood , UK . Protesters hold up a National Front banner with a 14 words quote from David Lane , " We must secure the existence of our people and a future for white children " . The National Front hold a rally in protest against an alleged paedophile ring that had been operating in the area . There is currently (3rd March 2012) a case being tried at Liverpool Crown Court in relation to the allegations . Last Thursday (23rd February 2012) a protest organised in the town in relation to the same story resulted in Asian business being attacked by an angry mob . Photo credit : Joel Goodman
SEARCH RESULTS