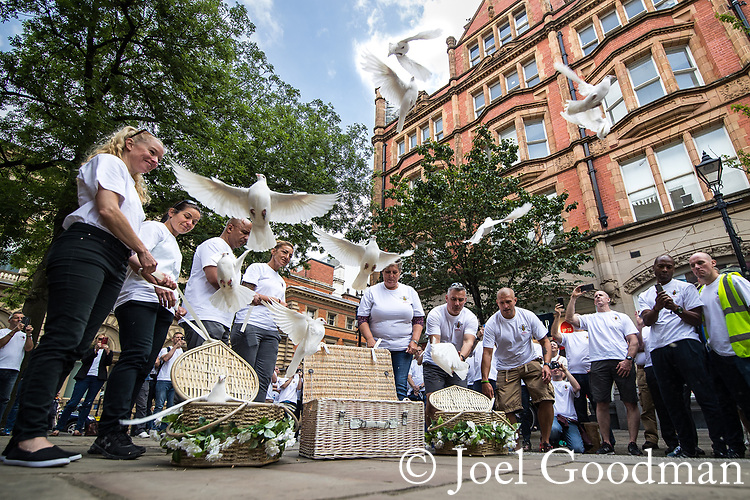 © Joel Goodman - 07973 332324 . 26/06/2017 . Manchester , UK . 22 doves are released at a short ceremony in St Ann's Square . Fire-fighters wearing symbolic Manchester bee t-shirts walk from Manchester Central Fire Station to St Ann's Square in Manchester City Centre for a short ceremony and release of 22 doves , in commemoration of the 22 people killed in a murderous terrorist attack , carried out by Salman Abedi , following an Arina Grande concert at the Manchester Arena , on 22nd May 2017 . Local fire crews have expressed frustration after they were held back from attending to support other emergency services for nearly two hours after the bombing , on the night of the attack . Photo credit : Joel Goodman
SEARCH RESULTS