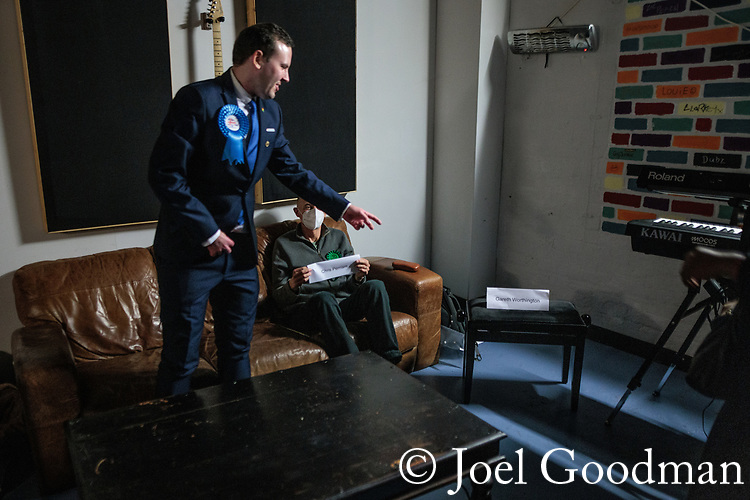 © Joel Goodman - 07973 332324 - all rights reserved . 22/01/2022. Manchester, UK. ALEX BRAMHAM gestures towards the empty chair reserved for absent candidate Gareth Worthington during a hustings for the Ancoats and Beswick ward of Manchester , at Black Triangle Studios, near the city centre . Candidates Alexander Bramham (Conservative) , Alan Good (Liberal Democrat) and Chris Perriam (Green Party) attend, Labour Party candidate Gareth Worthington does not . A by-election is being held after Labour councillor Marcia Hutchinson resigned from her seat alleging bullying and racism from within her own party. The by-election is due to be held on 3 February 2022. The other two councillors serving the ward are Rosa Battle and Majid Dar (both Labour). Dar was previously suspended by the Labour Party amid allegations of antisemitism . Photo credit : Joel Goodman
SEARCH RESULTS